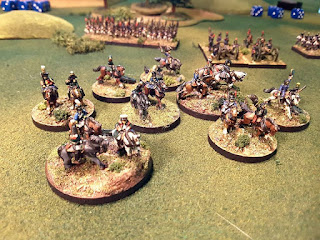 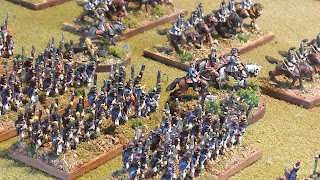 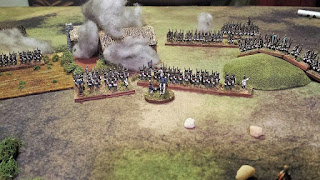 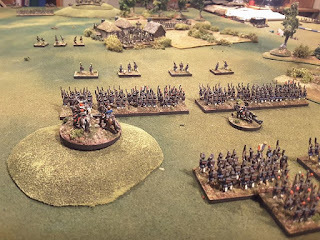 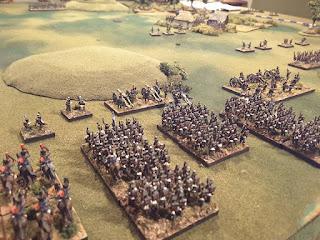 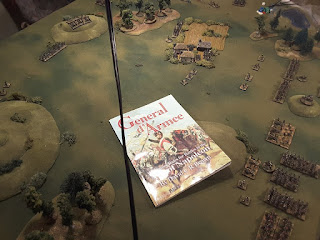 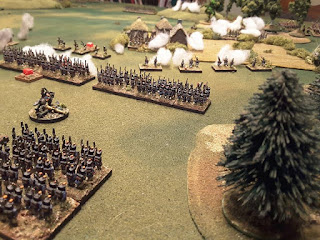 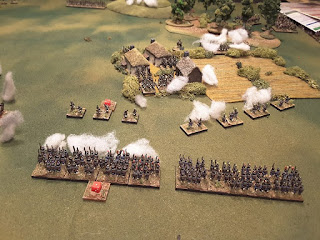 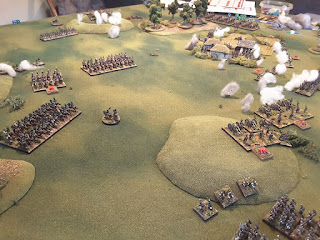 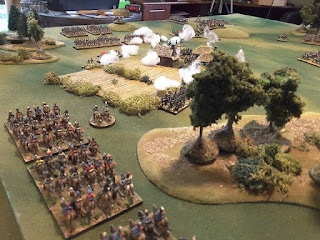 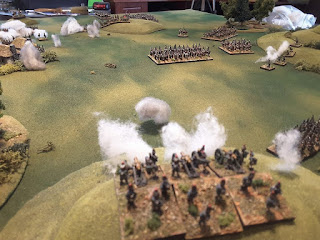 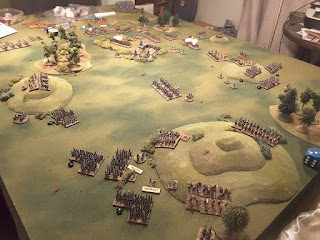 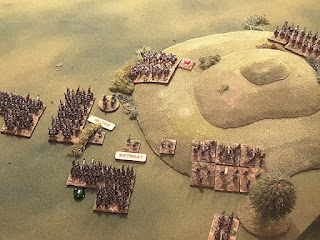 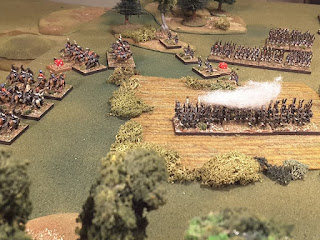 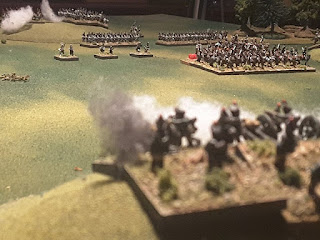 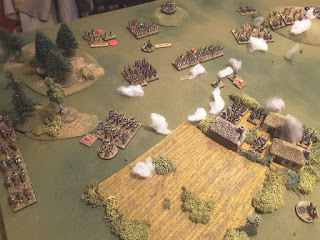 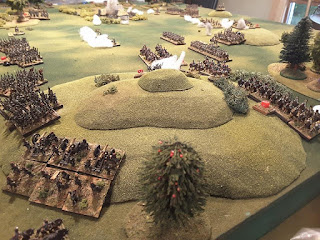 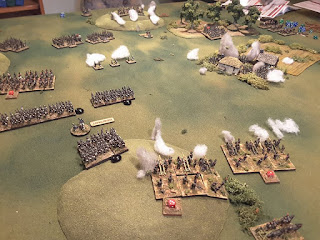 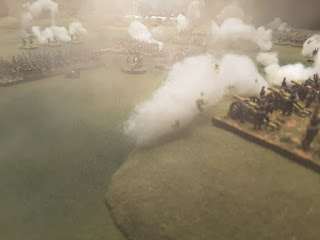 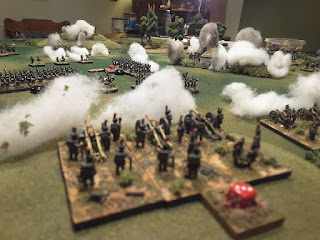 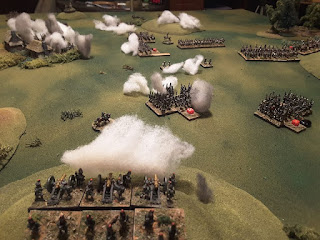 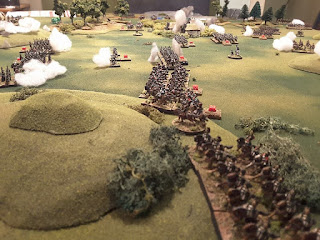 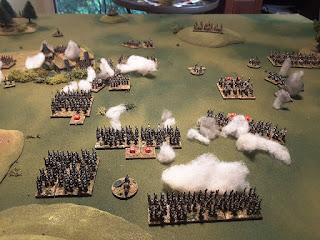 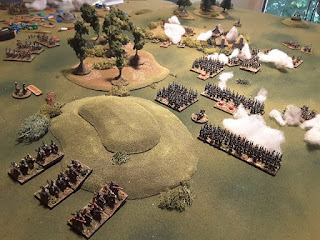 Been spending quite a bit of my free time reading and playing the new set of rules - by General de Brigade author, David Brown, General d'Armee. So far I am quite happy with them. They provide a nice level of tactical detail , while still allowing for a large, 'big division' type of battle.


Here are some of my favorite aspects to the new rules:

The rules work great with my 10mm collection - a collection which is still in its early stages, and the GdB basing system I use works out perfectly. It should be noted that, although the rules have no strict basing or figure scale, the author does offer some suggestions - including using his preferred 1:20 figure scale and basing.

Anyway, I do hope to post more on these rules in the future. In fact, I am setting up another battle for the upcoming weekend - the Russians and French square off once again! I'll be sure to post more on this later on, including yet more of my observations regarding the rules.

Here are some pics of the set-up of the forces for this weekends battle:

Overall a great set of rules. However, I am still a rabid fan of GdB, and it will take quite a bit to shake me away from those rules. I can see myself playing with both sets for a while until I get a good feel for Gd'A. We shall see.

In other news, in case you have been living under a rock, I will be starting my newest project later this year: the 1813-14 campaigns in... 28mm scale!!! At the moment I am loving painting and collecting 28mm for the American War of Independence, so doing Napoleonics in that scale just seems... well... right. :) So, 28mm it is. Of course, I will be collecting and basing for use with the GdB rules.

So there you go folks. Stay tuned for more updates as I find time - and have something interesting to post. See you all soon. 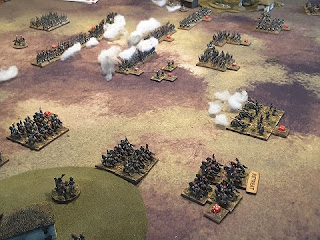 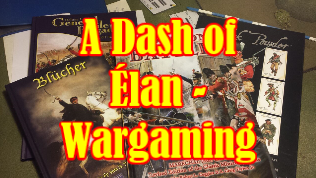